Just got back after an amazing week in Madagascar where I taught Wikipedia editing and offline use through Kiwix. I worked with some amazing people from very interesting places. It was a very intense week, where things went mostly according to plan. Including stomach troubles.

Thanks to Air Madagascar I was able to spend 2 extra days which allowed me to see a bit more of Antananarivo and surroundings. Including the Lemurs Park, which is pretty great. They have 7 different species and the monkeys are running around freely. 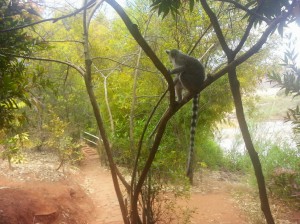 After that I didn’t know very well where to continue, my guide suggested crocodiles. I wasn’t so sure about that. What the heck I thought, let’s do it. On the way there I asked my guide to stop at a supermarket. It was more like a hypermarket. Pretty impressive for Africa. The biggest supermarket I had thus far seen in Africa was in Mali back in 2005, about 150 sqm. Of course there can be arguments against this type of capitalist display, but it’s nice to see the availability of products and prices that are not too extreme. I bought some local products such as chocolate, sugary nut snacks (for the trip back) and 2 bottles of rum. Meanwhile thinking, “can’t I bu 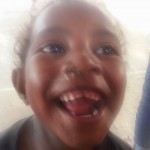 y something nice for kids and give it out in the street?”  I asked my guide if he know about an orphanage. He suggested Akamasoa, created by Pedro Opeka in 1989.

So instead of spending money on souvenirs I left some for the project, which has provided thousands and thousands of people with education, healthcare and a decent way of living. It’s really a big difference to walk around in the area. No paranoia, no begging street kids. Instead smiles and more of the experience I remember from Mali. I’m very happy I visited the project.

Now it’s good to be back in Europe where I can walk around at night not worrying about bad things that can happen. And with good internet, so I can get some Odoo work done.